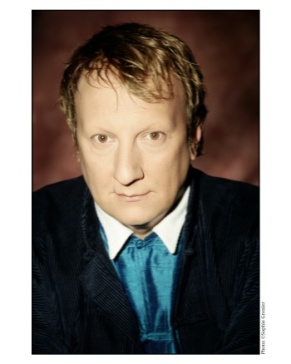 The ITI is an world-wide non-governmental agency founded by UNESCO in 1948. On every WTD it invites an international theatre luminary to pen the year’s key-note address celebrating the importance of theatre to our planet. With his inclusion this year Mr. Lepage joins the roll of past theatreists which includes Arthur Miller (1963), Laurence Olivier (1964), Peter Brook (1969 and 1988), Eugène Ionesco (1976), and Vaclav Havel (1994), among many others.

The speech is set to be officially presented during World Theatre Day on March 27, when it will be read before the curtain at theatre productions around the globe. But in an exclusive for The Next Stage readers we have received an advance copy of the message, and are proud to share it with you here, in its entirety.

There are a number of hypotheses on the origins of theatre but the one I find the most thought-provoking takes the form of a fable:

One night, at the dawn of time, a group of men were gathered together in a quarry to warm themselves around a fire and tell stories. All of a sudden, one of them had the idea to stand up and use his shadow to illustrate his tale. Using the light from the flames he made characters appear, larger than life, on the walls of the quarry. Amazed, the others recognized in turn the strong and the weak, the oppressor and the oppressed, the god and the mortal.

Nowadays, the light of projectors has replaced the original bonfire, and stage machinery, the walls of the quarry. And with all due deference to certain purists, this fable reminds us that technology is at the very beginnings of theatre and that it should not be perceived as a threat but as a uniting element.

The survival of the art of theatre depends on its capacity to reinvent itself by embracing new tools and new languages. For how could the theatre continue to bear witness to the great issues of its epoch and promote understanding between peoples without having, itself, a spirit of openness? How could it pride itself on offering solutions to the problems of intolerance, exclusion and racism if, in its own practice, it resisted any fusion and integration ?

In order to represent the world in all its complexity, the artist must bring forth new forms and ideas, and trust in the intelligence of the spectator, who is capable of distinguishing the silhouette of humanity within this perpetual play of light and shadow.

It is true that by playing too much with fire, we take a risk, but we also take a chance: we might get burned, but we might also amaze and enlighten.

(Translated from the original French)

With thanks to the GVPTA for the scoop.