The key to the success of our industry, in my opinion, is dedicated and impassioned arts administrators. Laura has been a soldier in that cause for years now, and I’m thrilled to welcome her to TOGtE.

She has worked with many Vancouver arts orgs, among them See Seven, the Jessie Richardson Awards Society, Pacific Theatre and Down Stage Right Productions. Laura has worked extensively with the Arts Club, for which she held the positions of Annual Campaigns Manager, Marketing Coordinator and Executive Assistant. In July 2006 she moved on from there to become the General Manager of Rumble Productions, “Vancouver’s All-Terrain Theatre Vehicle”.

And if that’s not enough, she’s also put in time as a Stage Manager.

In short, she’s part of the solution. 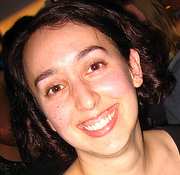 2. In whatever number of words you need, describe the present condition of the Vancouver theatre scene.

There seems to be a lot of recognition in recent years of Vancouver’s innovation, site-specific theatre and independent theatre. This is being identified nationally, if not internationally. There also seems to be encouraging growth in audiences in certain areas such as Arts Club subscribers and attendees at the PuSh Festival and Bard on the Beach. I think it’s a really vibrant and exciting time for theatre in Vancouver. If only we had more funding…

3. Please give us an overview of your role and responsibilities as the G.M. of Rumble.

The General Manager is responsible for financial and administrative management of the company including marketing, fundraising, grant writing, and general operations. I work closely with Artistic Producer Craig Hall, as well as with our Board of Directors.

Our mandate is broad in that it encompasses multidisciplinary works, collaboration (locally, nationally and internationally) and risk-taking. With all of those variables, Rumble has done everything from new play development to radio plays to arts publications to emerging arts festivals. There are endless possibilities.

5. How has Rumble’s vision evolved since its inception in 1990?

The company has clearly grown from a mere idea from founders Norman Armour and Chris Gerrard-Pinker to the well-respected mid-size theatre company it is today.

Rumble has become a proven leader in the development and growth of Vancouver’s independent theatre scene. One initiative that has evolved substantially is the PuSh Festival (originally developed by Rumble and Touchstone Theatre) The original idea of presenting a series of local, national and international works has now become an enormously successful and internationally recognized festival. Also, the idea of Rumble mentoring emerging artists has been growing over the years, and the implementation of TREMORS: Rumble’s Festival of Emerging Arts is a result of the growth of that idea. 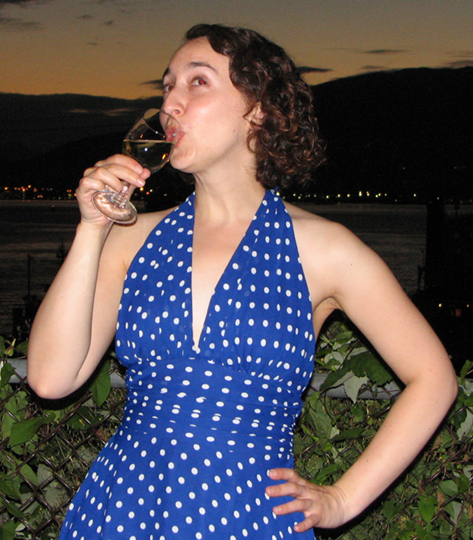 6. Resolved: The Stage Manager is the most vital component of the production. Please argue the affirmative.

As an occasional Stage Manager myself, I have to agree! There can be great ideas, amazing talent and immense creativity but if there is no Stage Manager to organize it all, bring it all together and make it happen, there would be no show. For example, rehearsals would be challenging without any actors, if there were no Stage Managers to let them know where they should be and when. Plus, Stage Managers have the power to plummet all performers into total darkness at any given time, so love and respect your SMs!

7. What is theatre’s responsibility to its community?

I think the theatre should be communicating ideas with an attempt to have an audience understand them, whether they are unconventional ideas or not. I think it’s the theatre’s responsibility to recognize that there are different needs that theatre fills, and that they aren’t the same for everyone—some may seek mere entertainment, others may seek healing, challenge, creative outlets or forums for exploring ideas.

8. How do you see Hive evolving in the coming years?

I think the creative minds behind HIVE will come up with some other new collective concept, but I don’t know if we will necessarily see HIVE itself evolving past this year’s incarnation at the Magnetic North Theatre Festival. We shall see!

9. Any ideas on how to cultivate a new crop of dynamic arts administrators here?

Good question. Recruit disgruntled government workers (bursting to break through all that red tape) or people from the film industry (who might welcome our “short” working hours)? Offer a lifetime supply of comps for every arts organization in the Lower Mainland to make up for the pay cut they’ll have to endure?

If I ever manage to find the time to read, I tend to read books that aren’t about theatre!

Hopefully, a vacation! Then some plotting for the future—we’ll be developing a number of projects over the next year or two. Then there will be frantic grant writing to make the plotting come to fruition!