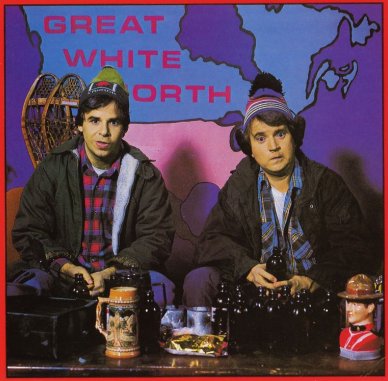 Now first off, I know a lot of you are thinking: “we have a culture of criticism?”. Well, apparently we in fact do, and the UK Guardian’s Andrew Haydon offers as proof the web site of the Canadian Theatre Critics Association. Now I know a lot of you are thinking: “we have a Canadian Theatre Critics Association?” We do, in fact; its headquarters is in Toronto, it has 43 members from across the nation, and a list of seven objectives, the seventh being to “promote a code of ethics for professional critics and their employers”. The code itself is built out of six tenets and exists to ensure that due respect is paid by reviewers to the artists whose work they sit in judgment upon. It is the very existence of this code and Canada’s slavish adherence to it that Mr. Haydon suggests gives Great Britain’s theatre reviewers the critical high ground.

He does concede that several of the CTCA’s rules are in standard practice by theatre reviewers in the UK, and suggests that these articles are just plain common sense, which they indeed are. The crucial difference, according to the article, is that over in Blighty these rules aren’t actually written down anywhere, which relieves them of institutional oppression; and thus British theatre critics are, unlike we strictly constrained Canucks, able to choose to follow their common sense or not, free from the yoke of any sort of tyrannical critical legislation. This, then, will render a “more adult state of affairs if criticism is a negotiation between grown-ups rather than a set of rules that ultimately leaves artist and public alike wondering what the critic really wanted to say”. Take that Colin Thomas, member of the CTCA!

“The Canadians” critique objectively. The British critique subjectively. Excuse me, “completely subjectively”. So there. Allrighty then. But regardless of the outsized brush with which Mr. Haydon paints the critical community of our little nation, the point of the article is well taken: critics are answerable to their readership. And now that anyone with access to a computer connected to these here internets can publicly announce their opinion on last night’s play there is increased pressure on the professionals to remain just that, professional. And if criticism is your vocation of choice you shouldn’t have to be told by anyone else but your readership and your own conscience what’s fair and unfair. But really what it all comes down to is that malevolent or ill-informed reviewers tend to inevitably fall out of orbit under the sheer weight of their own disagreeability anyway, whether they hold a membership card to a non-profit critics coffee klatch or to Costco. But that’s just my opinion, eh?