To open our year in theatre interviews we are very pleased to present a mainstay of the Vancouver stage industry, and a pillar of our arts community. Jay is a theatre actor/writer/director and also works steadily in the TV/film industry. He could actually be our hardest working man in show business.

Jay is directing Jeffrey Hatcher’s Three Viewings for Presentation House Theatre, opening February 6, and he was seen onstage recently at the Playhouse in The Drowsy Chaperone as ‘Man in Chair’. Andrew Templeton described him thusly in his Plank Magazine review :

Jay Brazeau… is a complete delight. He has a warmth and ease that is both believable and grounded.

We’re delighted that he took the time to answer eleven questions. 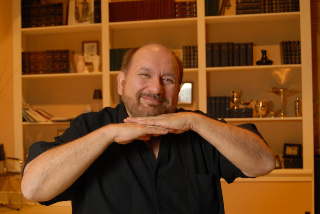 Restless, pins and needles, waiting in anticipation for my next entrance.

2. Choosing your own amount of words, describe the present condition of the Vancouver theatre scene.

Extremely hopeful. Some new hunters in the forest. The sun appears to be breaking through the clouds.

3. What should our new crop of theatre artists know about the tradition of Vancouver theatre?

That on a sunny day no matter how good an actor you are, how excellent your production is, the audience would sooner be at the beach.

4.What are the most significant changes to our theatre scene here since you started working in it?

Young and old actors taking charge of their own careers and putting on their own productions, being responsible for their own mistakes. It’s fantastic!

Coming into work that night to perform Danny and the Deep Blue Sea at the Fringe and seeing the line was twice around the block and three times larger than the theatre itself. 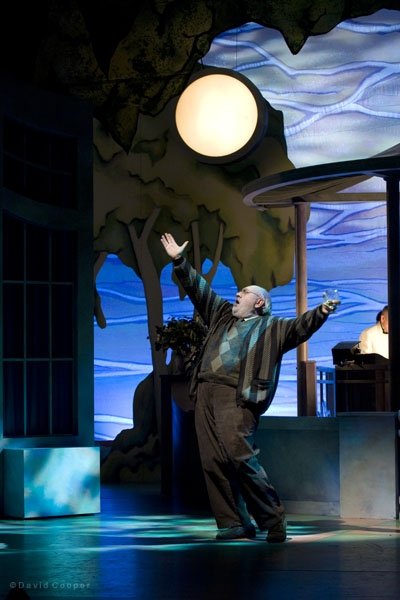 6. What, above all else, do you hope for in a director?

7. What’s your best piece of advice for new actors starting down their career path?

Realizing you are an addict. Theatre is your drug of choice. You must always control your addiction or it will overtake you. Never forget that.

8. What should we be doing to make theatre more enticing to a new audience?

Remember the child within you and let it enter into everyone of your performances.

9. What would you like to see more of on our stages?

Plays that change me. Plays that make me angry for the right reasons. Plays that take me to that place where only the true theatre can.

Fiddler on the Roof.