Meet a true vet of the Vancouver stage (and screen) scene. Bill’s been wielding and teaching his craft for over two decades, and he’s still going strong. His work in the recent Fringe production Matters Domestic with Nancy Sivak was universally praised. Bill can swing between gravitas and hilarious in a single beat, he’s got one of the widest ranges of actors I know. You can catch him in the premiere of Shawn Macdonald’s Demon Voice at the PTC until November 28. 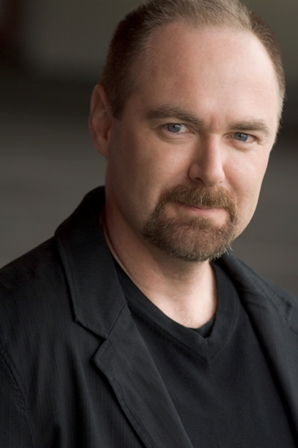 2. In as many words as you deem necessary, describe the present condition of the Vancouver theatre scene.

Brave. Facing budget cuts, the art will go on. Nothing will stop it.

3. What was it about the script for Demon Voice that grabbed you?

The honesty. The poetry. You know when a writer is writing the truth, because you respond to it. You say, “Yeah, I know that. I want to express that, explore that, share that with others, with an audience.” The research I’ve done for the role has affected me in a personal way. That turns me on. That’s why I do theatre. That’s why I live. 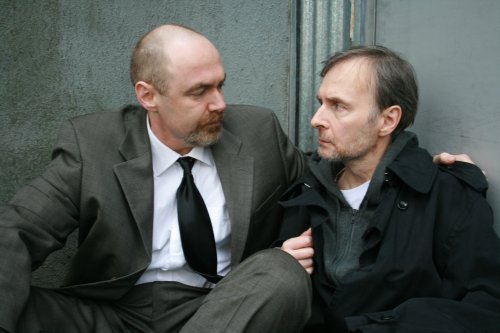 4. What is the number one thing you need from a director when working on a new play?

A strong vision, awareness of everyone’s journey, enjoyment of actor’s playing. It’s by playing that the text comes alive, physicalizing the story. You need a director who’s not afraid to take risks. Find the individuality of this playwright, rather than making him/her fit an already existing model.

5. What’s the best piece of acting advice you’ve ever received?

6. What’s the most common stumbling block you help your neophyte students climb over?

Confidence. Overcoming self doubt. Learning to express themselves fully and completely.

I have many; I’ve been doing this for 20 years. The first one that comes to mind, I was doing “The Slab Boys” by John Byrne in Edmonton. The scene required me to pose next to a James Dean poster and imitate him. I had a hard time getting the James Dean squint. Back then you could smoke on stage. Opening night I took my pose and lit the cigarette with wooden matches and melted my eyelashes together. I got the squint.

8. What style of content or subject matter would you like to see more of on our stages?

As long as it is honest and revelatory, I’m into it. Canadian content would be a bonus. I’d even like to see more plays about Vancouver. Shawn’s made Vancouver sexy and interesting. I feel there are a lot of stories in this city that can be told.

9. Given a time machine, what would you tell a young Bill MacDonald just starting out on his career?

I’d tell him to do whatever the fuck he wants. He’ll learn sooner or later, one way or another.

The Empty Space by Peter Brook

Theatre and its Double by Antonin Artaud

Any Biography of Laurence Olivier

“The Edward Curtis Project” written by Marie Clements and directed by Brenda Leadlay for the PuSh Festival in January at Presentation House.