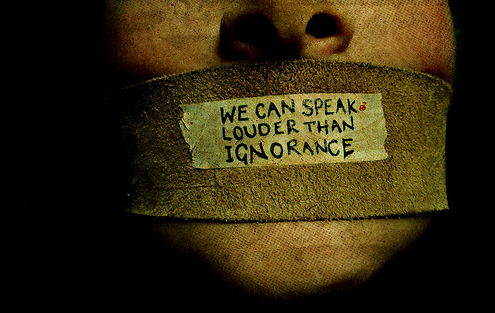 Just to be clear, this is what we’re talking about:

…in late August and early September of 2009, Gordon Campbell’s government announced massive cuts. First, they announced that the share of casino revenues that traditionally went to support the activities of charities, including non-profit arts organizations, was going to be used for other, unspecified purposes. Then, in the September budget, they announced that the legislative appropriation for the B.C. Arts Council would be reduced by 81% for 2009-10, reduced by 85% for 2010-11, and then further reduced by 92% for 2011-12.

92%. It just sounds ridiculous coming out of my mouth when I tell people about it. It doesn’t even sound real. It’s the kind of thing you would do to punish someone. Like the arts sector in BC is having its allowance docked for something it didn’t even know it was doing. Or not doing. Is that it? We had a time limit to make ourselves an essential part of the fabric of society and the Liberals have decided we didn’t quite make it? That the work we do and the love we put into it is all well and good, but of no use to our cities, towns and neighbourhoods? That we’re non-essential? That art is by nature an avocation?

There was a piece in Monday night’s Wrecking Ball Cabaret by Mark Leiren–Young wherein “Minister of Tourism, Culture and Arts” “Kevin Krueger” told us that the reason he yanked our funding is because if he took it from ferry workers, mailmen etc, they’d just quit, and we’re just going to keep on doing what we do anyway. Could that really be it? Is that the crux of the whole affair, that because we’re artists we’re just going to lie down?

This fight isn’t about a debate over funding models. It’s not a moral issue about profiting off of gaming money. Those are questions for another day. Our “representatives” in government just said “get a job”. They said that because we work on the thing we’re passionate about, we’re merely hobbyists. This is not our government, so we’re going to have to make some noise.

The Alliance for Arts and Culture is doing a splendid job of helping us get noisy. There’s a new button on the sidebar that will take you to a new site they’ve set up to provide us with a tool kit – or should I say arsenal – to point our advocacy in the right direction. (For those of you who are good enough to subscribe to the RSS feed, the button is below…)

It’s a very simple and well laid-out site that offers viable options for taking the fight to the steps of the people that need to hear us. No one’s advocating pitchforks and torches just yet, but silence sure isn’t the answer.

Consider adding the button to your site and social networks, you can email Kevin Dale McKeown at communications@allianceforarts.com and he will provide you with the button’s html code and some accompanying text.

And speaking of making noise, there’s a flash mob planned for 4:30 today at the Waterfront Station to raise some public awareness, here’s the info from Adrienne Wong:

At 4:30pm on Thursday November 26th please come to Waterfront Station.
Sing “Standy by Me” in solidarity with members of Vancouver’s music community.
Have your voice heard.

Please come and disseminate invitation widely.
*We are inviting the MEDIA and the more the merrier – and more impressive*

Here are the details:
A WHAT? : some might call it a flash mob…
TIME: singing begins at 4:30 sharp, arrive a couple minutes early, blend in, then just go with the flow when the singing starts
LOCATION: Waterfront Station, find the crowd
WHAT: Stand by Me – sing along or bring an instrument!
SHOW YOUR COLOURS: write “music” or “theatre” or “film” or “dance” or “sculpture” on your shirt, or hold a sign
LOOK FOR: a banner that says “Stand by us and stop arts cuts”
AT THE END: disperse back into the city

WE NEED YOU THERE. EVERY VOICE COUNTS.