Up until last week I hated Sarah Kane. Thought she was anathema to the theatre and pretty much civilization in general. Well, as it turns out, I’m an idiot. An idiot who just learned a great big lesson in judging a book by a single chapter, and had his already firm belief in the power of live performance fortified. It’s been a good week.

I first came into contact with SK a few years ago while making my way through a compilation of established plays just for fun, as I am wont to do. I was having a good old time until I ran headfirst into Blasted, which was lurking somewhere in the middle of the volume. I innocently dove in and read on with growing revulsion. This play seemed to me not so much written as excreted, and caustically placed there alongside works of obvious distinction, no less. I felt as if I’d been ambushed, tricked into reading a nonsensical vomiting of someone’s problems onto paper. Surely no one had actually produced this…this…thing, had they? Fascinated by my strong reaction, I did a little research. Sarah Kane: b. 1971 Essex, d. 1999 by hanging herself in a bathroom at London’s King’s College Hospital. Leading member of the childishly monikered In-Yer-Face theatre movement in London that “shocked” the theatre out of its boring political rut. Evangelical upbringing. Lifetime depressive. Well, there you go, that explains it. I tossed Sarah Kane out of my life, which had no room for problem theatre, nor for filth for filth’s sake.

Fate disapproved, however, and brought Sarah back into my life. Over at the LSP, all the members of the ensemble are encouraged to bring in plays for group readings and production consideration at any time, and a couple of months ago one of the guys did just that with a work he’d become fascinated with. Ech. Blasted. Seriously? Fine. I suffered in silence through the read and most of the post-read discussion until, inevitably, came the dreaded “you’re uncharacteristically quiet Si-guy, what’s your take?”. My take? Vile, pornographically violent, heavy-handed, pointless, production heavy, heartless, simplistic garbage from an angry person with a selfish agenda. Thanks for bringing it in, though. Bah. Humbug. Moving on.

Stars aligned. Planes shifted. Portals opened, whatever. I was to review a play called 4.48 Psychosis, by Sarah Kane. Oh, yippee. The night arrived, along with pouring rain, a pounding headache, and the expected comps not waiting at the door. $40 lighter and 4 pounds wetter, I sit to await curtain, head in hand.

I walked from that theatre transformed. And saddened, and wiser than when I went in. Sarah’s final work is an anguished howl of pain and suffering that is utterly beautiful in the revealing of its author’s torment. The grace and ferocity of the writing is exquisite. A tortured poet who could not bear the life she had been given, she invited us into it with this piece of writing, gives us a private tour of the horrors of it, and then, with nothing left to write about, ended it. The juxtaposition of such a selfless act with such a selfish one is a jarring meditation on art that I haven’t yet begun to deal with, mostly because it scares the shit out of me. But I feel that I know a couple things now that I didn’t before: I’ve spent time in the mind of a clinically depressed suicidal and have an better insight and understanding of it (I move through the east side differently now because of it); I’ve seen the power of art forged from the truest, most private parts of the artist; and I know that one play is never a true barometer of the skill of a playwright. Won’t make that mistake again.

And I know that artists who speak their truth and write from their souls can live forever, no matter how short their time here. 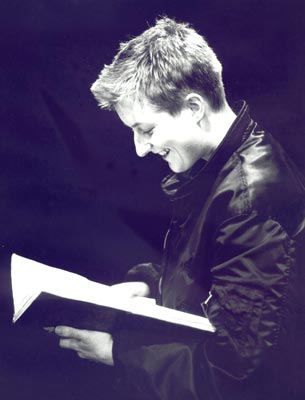