I know that there are those of you out there with concerns for the future of our theatre. Rest assured, if it lies in the hands of young artists like Kirsten you have absolutely nothing to worry about.

Ms. Kilburn is a Vancouver stage and screen actor. She opens Twenty-Something Theatre’s one-woman show The Fever by Wallace Shawn at the newly refurbished Beaumont tomorrow (Tuesday, January 29). Tickets are available at the door or at boxoffice@twentysomethingtheatre.com. 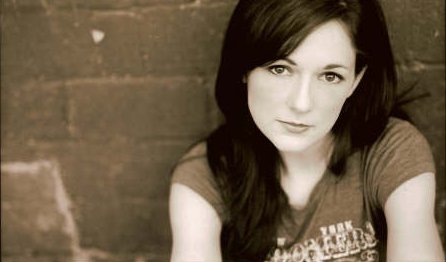 1.) In one word, describe your present condition.

2.) Use as many words as you’d like to describe the present condition of the Vancouver theatre scene.

I feel as though we are having a subtle shift in the Vancouver theatre scene. There are more independent companies coming out with either original or lesser known productions that are different from what we usually see from the larger playhouses. Hopefully, we can continue to diversify and create further on what’s happening. As of right now, I feel as though the theatre community can be quite scattered.

3.) What is the major obstacle we have in getting Vancouver’s bums in the seats?

This is a tough one. I’m not sure I could define one thing as the major obstacle. There are many people who don’t consider theatre worthy of an evening out. It’s artsy, fake, not as entertaining as a movie. Living in this city for eight years, I’m always shocked by the number of people I meet who have never seen a play. I feel as though the mentality of the theatre community is more competitive than supportive. (I’m sure there are those who disagree with that statement!) If we could create a more collective feel, perhaps we would be able to open up and make theatre more accessible for everyone. Being willing to create something new and continuously grow, not just create the same type of productions, could draw more people into the seats. Really getting the word out that there is very valid, and worthy entertainment out there on our stages. Maybe by creating a blog?

4.) What do we need more of on Vancouver stages?

Productions that are willing to take a risk; to try something innovative and different. Continuing to produce the same kind of shows isn’t going to draw more people to the theatres, it just perpetuates the assumptions they have already made.

5.) What do you need above all else from your director?

An open mind. Moving through a creative process requires everyone involved to be open to new ideas and possibilities. Working with a director who has a vision of what they would like to see happen on stage, but feels confident enough to allow the piece to evolve and change is a gift. As an actor, I feel infinitely more comfortable and able when working with someone who takes the time to listen and process with you; guiding you in a certain direction without diminishing your creative process. 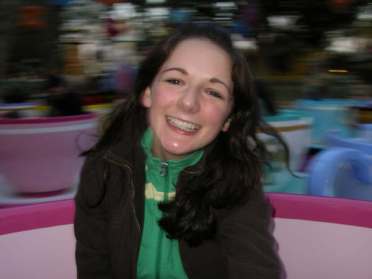 6.) What’s the best advice on acting that you’ve ever received?

Always be open to change. A good one for acting and life, I think!

7.) Which three actors, living or dead, would you like to have drinks with, and why?

River Phoenix, because he was so brilliant and real. And I have been in love with him as long as I can remember. Is that a bad reason? Kate Winslet, because she has managed to have an incredible career and a seemingly balanced life. She is someone who is always so interesting to watch. Judy Garland. Such a complicated life, yet so beautiful.

8.) How do you first approach creating a role?

It depends on the role. I was trained in the traditional theatre sense, which is to approach a role by doing a very thorough script analysis. Create a background for your character, their likes, dislikes, quirks, habits, and so forth. And to write it all down. Also, to break down a script and find the different beats; sections where there’s a shift in emotion or topic. As I’ve grown and experienced different techniques, I’ve learned to use personalization as a great tool in building emotion and life in a character. Following one’s instinct and trusting the emotional journey is what allows me to really be present in my work. Creating the background of a character is extremely important, but thinking about what you’ve written down doesn’t work when you’re on stage. Knowing all those things, then letting them go and taking the plunge into the story. That’s what’s working for me right now.

Moving to a new school in grade two and auditioning for the musical “Danny the Dark Green Dinosaur”. I got the lead (yes, I was a boy dinosaur)! I didn’t make any friends very quickly, but it was so worth it. Ahhh, my first taste of getting the lead. Sweet, sweet victory!

10.) What are your top 3 reads for the aspiring actor?

True and False by David Mamet. This book should be read by everyone involved in theatre and film. Sanford Meisner’s On Acting. Some great exercises in this book. The Intent to Live by Larry Moss. Very inspirational. Also, if you can find it, Free to Act by Warren Robertson, one of the most unique and wonderful acting coaches I have worked with.

A break! To Cuba. Then I’m looking at doing another play in May. And finishing my voice-over animation component! So much fun to stand in a booth and be fifty-two different people!