What influence does your city have on you as an artist? And I’m not talking about the personal components that make up your particular chunk of the city; your friends and teachers and peers and whatnot, I mean the city as a unique entity, with a personality and a look and ambitions all its own, set within the context of its own community; its country, and then the larger one of the planet. Vancouver actor and Next Stage reader Miranda Duffy sent me a terrific essay by Paul Graham, and it’s a great read, hop on over and read it now if you have a few minutes, then hop back and we’ll talk about it. I want to ask you a couple of questions.

Welcome back. So, what’d you think? I found it to be tremendous food for thought, and it got me to thinking – about how we define ourselves as a city, and especially about how we go about selling our theatre to each other. How should we direct our choice of material and our marketing as we move forward, in order to tap into what it is that the city at large wants to be?

Allow me to pass on Miranda’s query:

I would be interested in hearing your thoughts, if any, and/or those of your readership, on what you think Vancouver’s ambition is; and if there is a way for us as creators to connect to that ambition. Maybe growing our audiences/raising our collective profile is less about finding dollars for conventional advertising, but somehow something more intangible, like plugging into that ambition, whatever it is, and articulating our responses to it through our work? And thereby “nourishing” a city in a way it couldn’t have articulated its need for such nourishment?

“…plugging into that ambition, whatever it is, and articulating our responses to it through our work.” This to me is a tremendously exciting perspective to consider. I do understand, however, that there is an army of theatre artists out there that will decry this as a philosophy that interferes with their process, that as an artist they have an inalienable right to put forth whatever they damn well please, simply because it speaks to them, and to their experience. And that’s an argument I can’t really disagree with, after all, they are themselves a part of this community, and as such what speaks to them is a valid point of art, and should be expressed to whomever would hear them. But I think that in the interests of longevity there is value in considering (just for a moment, maybe a little longer), what it is that the rest of the city – the potential audience – might respond to. 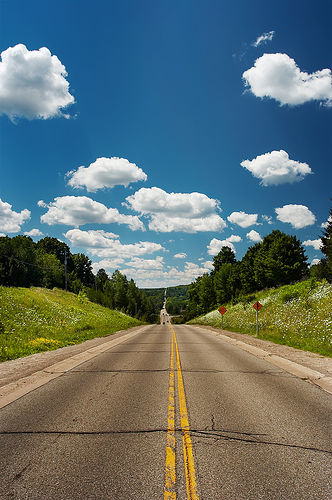 Out of Mr. Graham’s list of city ambitions, these are the ones that, in my opinion and my own order, speak to my home town of Vancouver: hipness, quality of life, wealth, physical attractiveness, style and, to some extent, fame. How do you mainline your theatre marketing into that? Again, these are not necessarily defining qualities of all members of the population (certainly not us theatre types, n’est pas?), just the actively ambitious ones; those who play the largest part in establishing the overarching ambition of the city. They may not define a gestalt, per se, but they certainly play the biggest part in the economic drive and media-magnified growth that we are currently undergoing. There is no doubt that we are heading relentlessly towards a cultural water-mark of some kind, how badly do we want theatre to be a part of that? And can we even go so far as to call that ambition a responsibility? I mean, what’s the point in challenging the status quo through your art if the people you want to challenge never even know, or for that matter care, that you even exist?

Miranda hit the nail on the head. Just because a culture is unaware of the nourishment an art form can provide doesn’t mean it doesn’t want it or, dare I say, need it. We’re the artists, we’re supposed to get it. And then we’re supposed to give it, to the people that need it the most. Who in this case refers to the young urbanites here that are targeted by the American TV and film (that our own popular media seems to think is the bible of all things hip), but who are sharp enough and cagey enough to want to be challenged, emotionally and intellectually, by their entertainment, yet are too busy to do the work required to get out and hunt down the elusive independent artist. Which means we have to become better salespeople. Because there’s more at stake than just the current box office returns and your latest review. There’s a city that needs its cultural growth bolstered to catch up with its economic growth. Art should be on par with commerce in a healthy and thriving city, and to achieve that parity – to even come close to it – we have to put our shoulders behind our own ambition if we want to stake a claim in the ambition of the city as a whole.

So what do you think about the questions Miranda poses? What is it that your city wants to be? And is there a different model for establishing ourselves in the untapped market that exists within it?