Further to Rebecca’s post on production pics, I love these ones sent to me by actor Damon Calderwood promoting his company’s 30th anniversary production of the musical Billy Bishop Goes to War at the Deep Cove Shaw Theatre.

I’m a sucker for anything WWII related, especially the RAF (I wanted desperately to be a Spitfire pilot when I was eight). I don’t know where they sourced the plane from, but they obviously went to a great deal of effort to put these shots together. Very cool. 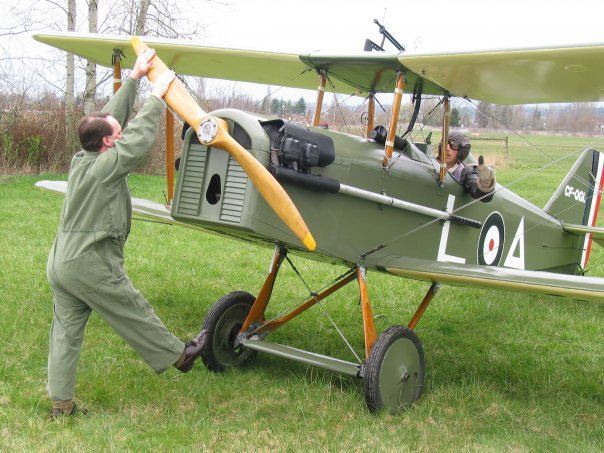 First Impressions Theatre celebrates its 25th anniversary season with one of Canada’s most popular and internationally renowned musicals: Billy Bishop Goes to War, by John Gray with Eric Peterson. This heart-warming, funny and moving narrative is based on a true story about Canada’s World War I flying ace, Billy Bishop.

Audiences will fall in love with Billy Bishop as he recounts his days in combat as a rebellious young Canadian fighter pilot and unexpectedly becomes the most decorated Royal Air Corps officer and heroic figure of the Great War.