I’m fascinated by our relationship with the critics. When I hear members of the theatre community talk about them, it’s always with an amazing degree of passion, one way or the other. Nobody, it seems, is ever indifferent to them. I think it’s great, and a good indication that they hold some position of importance within our little community here.

Personally, I value them all quite highly, and I’ll tell you why. First off, I’ve met them all, and they’re all whip-smart, delightful individuals. Second, they are members of my audience, who both love theatre and love writing about theatre, and that’s a wonderful and rare combination. And thirdly they are not scared to give me an honest personal opinion of our work, and that is very rare, and just as valuable. I wish I could get an honest evaluation from every member of my audience. You don’t even have to agree with it, but you should listen for the value in it.

This week we welcome Peter Birnie to This One Goes to Eleven. Peter has been the theatre critic for the Vancouver Sun since 1997, moving up from his position as their film critic. (I say ‘moving up’, anyway.) We’re grateful for this chance to get to talk a little theatre with him… 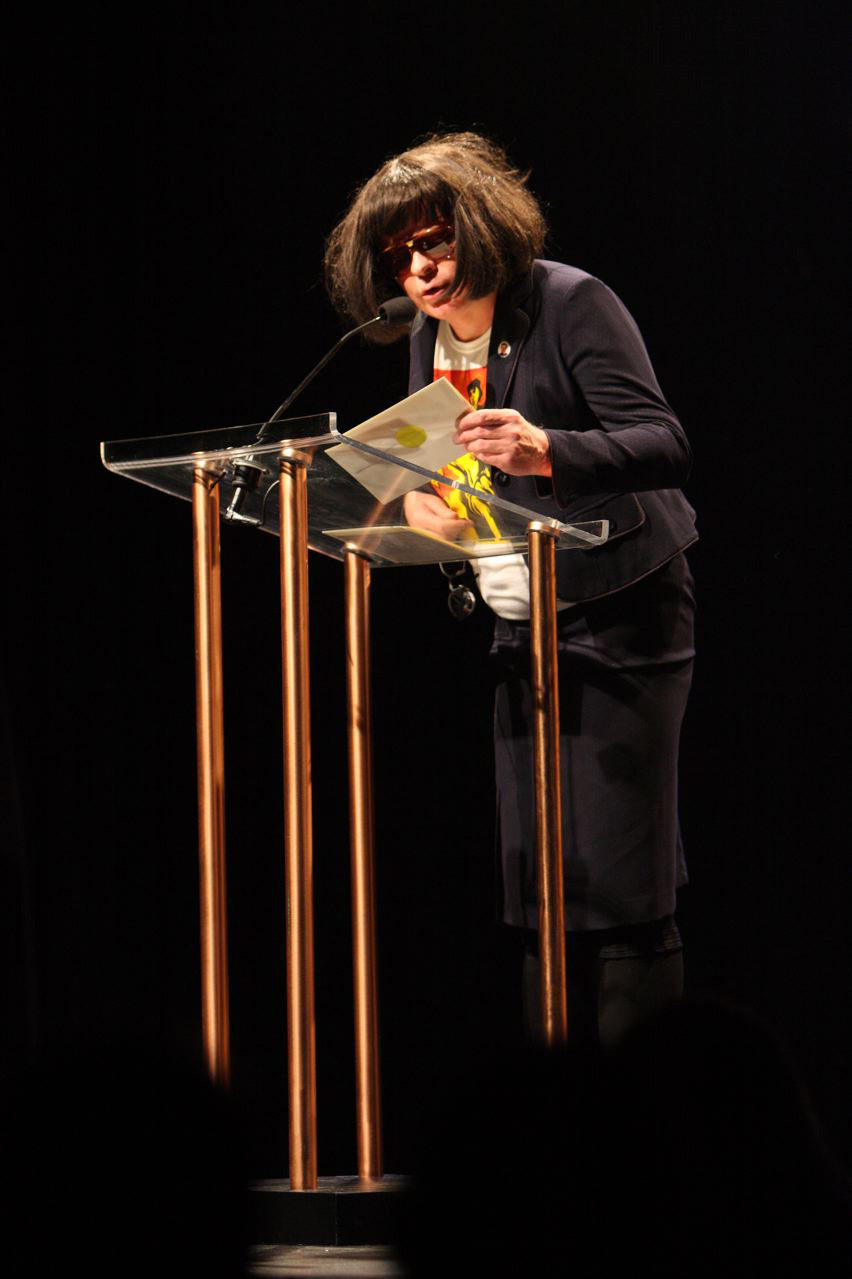 1) In one word, describe your present condition.

2) With no restrictions on word count, describe the present condition of the Vancouver theatre scene.

We certainly live in interesting times. I have delayed answering these questions in the hope the crystal ball would clear. Instead it’s foggier than ever, and there are absolutely no indications our economic meltdown is yet at an end. Therefore, I boldly declare the present condition of the Vancouver theatre scene to be absolutely dreadful — and likely to get worse.

Since no one is acknowledging the elephant in the room, let me say that, other than the one per cent of the population with buckets of cash stashed in tax havens, we are all, collectively, in very serious financial trouble. Pity poor Barack Obama, who inherits a disaster he cannot possibly ameliorate. Pity Vancouver’s theatre scene, which within six months will be starting to show the full effects of what can only be viewed as a recession if you’re wearing rose-coloured glasses.

People’s priorities are already shifting strongly away from discretionary spending. Anything resembling a big-budget production, whether from one of the established local companies or in a bus-and-truck touring show, will find enormous difficulty filling houses. Small shows will actually fare marginally better, but only because this city’s resilient artistic community will cinch in its belts once again and keep itself afloat. Start supporting each other as much as you can, folks, because it’s pot-luck from here on in.

3) How has Vancouver evolved as a theatre town over the last ten years?

A decade ago, the Stanley Theatre was opening just as the Ford Centre was closing. Garth Drabinsky’s grand plan to bring Broadway west wasn’t based in financial reality, and his curse has seemed to hang in the air over the former Ford ever since, as the Law brothers from Denver continue to keep afloat what is now The Centre in Vancouver for Performing Arts. The Arts Club had no illusions about money, and in fact went through a business-modelling program so strict that the company knew it had to devote a great deal of energy to marketing, sponsorships and the boosting of its subscription base.

The result is the Stanley Industrial Alliance Stage, named for a sponsor. The Playhouse is hoping for the same magic to happen when it moves into Wall Centre False Creek — when the credit crisis is over and construction can begin on the company’s desperately needed second stage.

We’ve also seen an explosion in young talent trying to make a name for itself. The Electric Company is the gold standard for small companies seeking to carve out a niche, and one of its smartest policies has been a strictly disciplined approach to finding funding. Since those already narrow avenues of opportunity are squeezing tighter every day, I expect to see many more multidisciplinary groups formed in a bid to keep diverse groups of artists employed.

4) What does independent theatre here need to do in order to make the leap into a more wide-spread city consciousness?

There will be no leaping in the days ahead. Unless you’re willing to entertain for free, or accept vegetables as barter, you and your troupe won’t be gaining any market share in a city where just about everyone’s busy struggling to survive.

5) Please describe the current relationship between Vancouver’s theatre artists and the critics.

I can only speak to my own experience, but I suspect it’s the same for any critic — anyone I praise thinks I’m the greatest critic since Kenneth Tynan, anyone I criticize thinks I’m an idiot.

6) When reviewing, should all productions be held to the same standard, or should a sliding scale be applied dependent on the experience of the company?

It’s obvious that I try to avoid reviewing amateur productions. There are exceptions, such as Royal City Musical Theatre or Theatre Under the Stars, so I always declare early on in the review that “this group of amateurs” — or words to that effect — have done a good/bad job. Any professional production, however, should be assessed as something people will pay to see. Is it worth their money?

7) What’s your best piece of advice for the young theatre company just starting out here?

Keep your day job. This economic shitstorm gives you precisely no room to manouevre, so think of Orson Welles and The Cradle Will Rock, and seize a theatre.

8) What is your fondest theatrical memory?

Each time I come away from a show filled with the glow that comes from witnessing something special, that production then becomes my fondest memory. It happened recently at the Telus Studio Theatre in the Chan Centre with Ryan Beil and Zachary Gray breathing new life into Billy Bishop Goes to War, and again at Performance Works as Katrin Dunn’s Touchstone Theatre provided a rich forum for Janet Munsil’s new play, Influence.

9) What would you like to see more of on our stages?

The great works. The big ones, Chekhov and Shakespeare (no insult to Bard on the Beach, but something on a real proscenium stage in a real theatre in the dead of winter). The heavy ones from America, Streetcar and All My Sons, Iceman Cometh and Long Day’s Journey. The classics of Canadian theatre, Tremblay especially. More Mamet! Can’t wait for Main Street Theatre’s Glengarry Glen Ross. I have acquired a rep as a guy who loves musical theatre, which is true, but I still crave depth and darkness. I have a feeling we’ll be seeing many genuine attempts to capture the pain that’s coming to society — and that’s a good thing.

I read all of the local critics faithfully, to see if they got it right. I scour the theatre blogs from Toronto, New York and London, and read whatever catches my fancy. That’s about it — the rest of my reading is as far removed from theatre as possible, in a bid to maintain my sanity.

I’m on the verge of finally, after years of pleading, getting a blog from The Sun that allows me to archive reviews and give Wasserman and vancouverplays.com some competition. Please stay tuned.