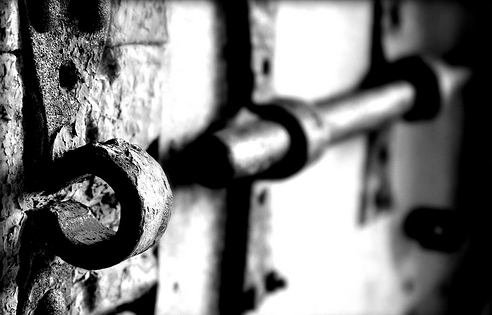 I am an artist in process. We are an industry in process. I am of the opinion that our particular industry is in its entirety process, and nothing more. And I think I’m starting to get an inkling of what that word means.

My process thus far has gone something like this: discovered theatre at 20, fell in love with theatre, ran away from theatre, theatre hunted me down and forced itself on me, discovered that I was, and always had been, a theatre artist, clumsily mounted a string of theatrical events and, most recently, disappeared into the stunted, confused and beaten-down hound that is the business side of the independent arts. That last one has encompassed the last 3 years of my life, and I have lived it; eaten, breathed, touched, tasted it every single day. This has made me joyful, and it has made me furious, it has made me want to bury theatre in a shallow grave in the backyard and never give it another thought.

It has turned me into a preacher, the guy at the cocktail party that just won’t shut up, and it’s utterly taken my tongue and hidden it from me.

This, I realize now, is the process that all pioneers have gone through. I have sought out and wrapped myself in the voices of independent theatre practitioners and audiences – like a junkie with a farmers market of narcotics at his disposal – both in person and out here on the blogosphere. It’s moved from the background of my personality to the foreground, it has become an essential part of my identity. And the pursuit of answers, of method and of financial viability has – like all good art – cost me, as I know it has cost so many of my peers: time, money, sleep, relationship stress, sanity…and that light at the end of the tunnel is still just a pin prick.

But. Taking a breather right now I realize there are some things that I have come to know as Truth. Ideas that became experiments that became facts, forged in the fire of doing the thing and solidified in the forensics. These are chunks of bedrock that I believe we need to be open and loud about, that we need to share with each other so that we can strengthen our bonds as an industry, and as a community.

The Open Up and Let Them In concept – propounded in a post from early June – is one of those big chunks. Simply stated, it’s a shift in the indie theatrical model from putting up little basement-theatre versions of what the big proscenium-arched houses present – with little card table box offices and little Fisher Price mini-bars and redundant ushers – and instead embracing the opportunities presented us by our size and form – namely accessibility to the artists so that we can celebrate and debate the work together. Doing away with the curtain, as it were, instead of merely lifting it at 8:00. Fearing not the judgment of the punters but rather welcoming them as one half of the equation that makes up the performance. Face to face. Creating an experience that is unique unto itself, as similar to civic theatre as it is to Opera or a hockey game.

…I am now more convinced than ever that theatre can and must distinguish itself from film, TV, and new media by being completely porous to its audience.

See, inside the heart of all the discussion about why theatre is dying lies a rhythmic beat of “it’s not relevant.  It’s not relevant. It’s not relevant.”  We can all hear it, but the response to the drum-beat is generally wrong-headed because it revolves around a revival through increased ticket sales.  No: we need to revolve it around the body that owns the hand that’s banging the drum.

If this integration of art and audience can be achieved, the life-blood of the theatrical form and, yes, even the ‘funding’, will follow.

We can do this. Easily. It’s already so close to what we do already that to avoid it seems quite silly, actually. The magic of small-house theatre is in its connectivity, not its separation. Allow the audiences the ownership they crave and you will never get rid of them.

New Leaf Theatre in Chicago is inviting audiences into some rehearsals. Cambiare Productions in Austin live-streamed their last show to the world for free. Here in Vancouver, Twenty-Something Theatre Artistic Producer Sabrina Evertt blogs about her process openly and fearlessly. Touchstone Theatre is inviting us into the process of their next production, Demon Voice, by posting behind-the-scenes video blogs hosted by multi-Jessie Award winning playwright Shawn Macdonald. Here’s the first two in the series…

Short. Sweet. Inclusive. Generous. Open. We must share to butterfly. But not all of it.  Just enough to let them take ownership of us, not so much that we deprive them of the surprises that they come for.

How much are our audiences going to care about us? Pretty much exactly as much as we show we care about them.